August really is one of the busiest months when it comes to writerly eventsand things so here’s a bit of a run down what I’m up to. Please note that all the highlighted bits will open in new linked pages if you click on them.

Oh, but before I get to that, allow me to toot a little horn.  My rather splendid husband, Mark de Jager, now not only has a fully functioning website, but his book INFERNAL was launched on the 4th at Goldsboro Books in London’s West End.  I couldn’t have been prouder.  I am really excited for this epic and brutal fantasy as I know how much hard work’s gone into it and it is something a little different to the usual faire. 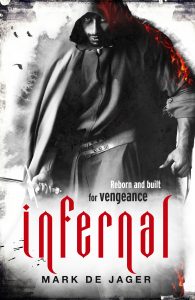 So, apart from his launch, this Thursday, 11 August is his official launch day. wOOt! And by coincidence it is ALSO Fantasy in the Court at Goldsboro books and both Mark and I will be in attendance, amongst a whole host of other splendid writers.  Most of us are fans of one another’s work, so there will be overexcited chatter for sure. 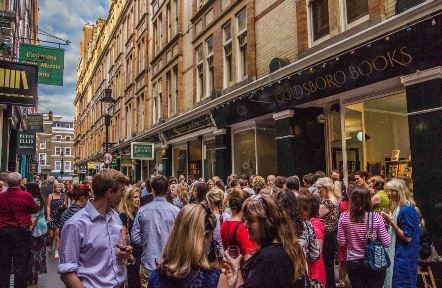 Oh, and! Infernal is Goldsboro’s Book of the Month for August and they commissioned 600 limited editions (signed) and I think they’ve mostly sold out.  There could be a few more in the store, so if you’re interested, do contact the store directly for your limited edition.

Then, after Fantasy in the Court it will be NineWorlds.  Again, both of us will be in attendance.  This is my schedule for the weekend.  So do come and find me, or visit the panels for loads of us gabbing on about everything, but come say hello if you do.

So, it’s going to be a busy few days but it’s also going to be so much fun.  Both Mark and I will also be at FantasyCon By The Sea later this year and I am so excited as this is the first time in ages we’ve attended AND this time it’s being held at Scarborough and I’ve never been. If I’m missing I’ll probably be the one fighting off the seagulls on the beach as they’re trying to steal my fish and chips.

I’ll catch up more next week after all these events and tell you about my newly burgeoning love for bullet journalling and my Midori notebook obsession that is getting out of hand.