Oh, I know: it goes into nonstop writing and worrying and biting nails.

What’s been happening lately? Well, the second book in the trilogy got a cover reveal.  And it’s rather epic.  Isn’t it the most gorgeous thing (apart from Banished’s cover, that is!)? 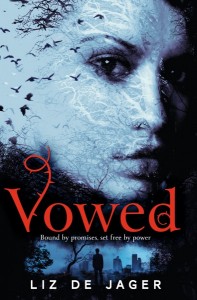 And this is the bit of cover write-up on what it’s about.  Prepare for the feels, folks. Seriously. This book made me laugh and cry and feel loads of emotions for Kit and Aiden and Thorn and Dante.

The Blackhart Code:
Don’t let the monsters grind you down

A Blackhart can see the supernatural behind everyday crimes. But some crimes hide even greater evils…

Kit Blackhart must investigate why children are disappearing from a London estate. However, their parents, police and fae allies claim to know nothing. And as yet more children disappear, the pressure mounts. Luckily, or unluckily, government trainee Dante Alexander is helping Kit with the case. Yet just as her feelings towards him begin to thaw, his life falls apart. As Kit struggles to unravel his problems and dangerous secrets, she meets fae Prince Thorn in her dreams – but their relationship is utterly forbidden.

Then Kit digs too deep, and uncovers a mystery that’s been hidden for one thousand years. It’s a secret that could just tear down our world.

What can we deduce from this? LOTS of shenanigans.  And no, there’s no love triangle or love quadrangle. Just no. Well, at least not for Kit. *smirks* I really enjoyed writing VOWED. It threw up a lot of challenges which I’ll speak about more nearer release, but for now, know that it’s up for pre-order at Amazon, the Book Depository as well as Waterstones, and it should be available from your favourite independent book store too.  If it’s not, it should be easy enough to ask them to order it in.  As of TODAY there’s EIGHTY SEVEN DAYS TILL RELEASE. Holy smokes, I didn’t actually realise that.  *gulps* 87 days.

Anyway. Before then, I’ve got some fun things coming up.

Tomorrow night I’ll be attending the Fantasy in the Court at Goldsboro Books, which is one of my favourite events.  It’s really informal and you get to mingle with authors and readers and pretend to be grown up.  There’s be books to buy and everyone will be signing.  This is the link – I mean, look at all these authors in attendance. It’s a bit like insane.

This coming weekend is Loncon and I will be attending as Author Liz. I’ve even got events and panels I’ll be appearing on.  So if you’re around, please do come hang out and chat to me.  I’d dearly love to meet more people and just realise that I will no doubt be terrified out of my tree so be sure to Speak Loudly As If I Am An Elderly Personage so that I can figure out who you are. *coughs*

From Percy Jackson to Harry Potter, to the vampire-infested streets of Urban Fantasy, YA novels have often created their worlds by strip-mining ancient mythologies. Are these new works made more powerful by the resonances they draw on or is it a sign of failing creativity among our writers? What are the books that make best use of their borrowings? And which, if any, most deserve to form the basis of entirely new mythologies for future generations?

Coming of Age in Game of Thrones

In a world were life and death hang in the balance for every character no matter how despised or loved, it is the children who pay the heaviest price. Their parents’ plots and intrigues sit squarely upon the shoulders of the Stark, Lannister, and Targaryen children, snatching their childhoods away and forcing them to wield their own power to survive the game of thrones. But have the adults underestimated their children’s value as players? Who will survive? Who will gain power? Will they have a chance to be children again? And who will be the biggest surprise? At what point do these children, despite their tender ages, take on the mantels of their parents and become adults themselves? Panelists will examine issues surrounding childhood and coming of age during a time of conflict where familial normalcy is gone and the rules of their world are in the process of being rewritten. *Spoiler Alert: Discussion will include all previously published books within the series.*

On The Blogs: Bloggers Discuss their Roles in the World of YA

Bloggers have become an integral part of YA book promotion. How do authors find these bloggers? Why should readers trust their opinions? What are the best book blogs out there right now and what makes them so useful?

Exciting bunch of panels these and so much is happening in general. If this is your first convention, this is my advice:

1. Hydrate
2. Talk to people. I know it’s scary but I promise you, everyone attending cons remembers what it’s like being a noob, so embrace the noobness and talk to people. Everyone is there to have a good time. If you feel harassed or unsafe at any stage, find a member of staff and talk to them about it. Don’t hide it.
3. Attend as many panels as you can but don’t sweat it if they’re full. Remember, a lot of the con happens in the corridors and in the various bar and eating places. This is where you hang out and take a breather and yes, this is where you gossip. It’s allowed.
4. Eat. Don’t skip meals. Take snacks to nibble on between panels and talks and readings. Being around a lot of people is super tiring, especially if you’re not used to it.
5. Draw cash. Give yourself an allowance. Don’t blow it all at once.
5. Take a loot bag and I don’t mean a plastic carrier bag, either. *scoffs* No, I’m talking backpack or tote bag to place purchased loot within. Tote bags are the handiest of items you can carry with you at cons.
6. Hydrate. I can’t stress this enough. It’s very important to drink loads of aqua. Aircon dries you out and it will give you sinus headaches and make you feel uch. So, water!

And erm, just have fun. Talk to folks, meet up with friends. Put your twitter handle on your ticket once you get it and be sure to hold onto your ticket at all time.

Okay, what else have I been up to…this weekend past was Nineworlds and like last year it was a roaring success.  I only attended on the Friday due to deadlines for Book 3 and a few other things, but the panels I did sit in on were super fun and interesting. It was great seeing everyone and the atmosphere was super relaxed and the cosplay folks were just amazing as usual.  We got home at 2am on Saturday morning and let me just say, knowing I could take a nap on my comfy couch on Saturday was the best thing ever. 😀  Also, just a huge shout-out to the Nineworld’s Fanfiction stream.  These guys had the smallest room but the most dedicated of runners and audience.  It was beautifully inclusive and so much fun. Uch, guys, next year, sign me up and kick my ass when I turn you down due to deadlines.

We also went to see Guardians of the Galaxy the other weekend and really, it’s ridiculously good.  I bought the The Art of the Guardians of the Galaxy slipcase and like the other slipcase editions it’s worth every penny.  I love looking through these art books – it gives you a clear understanding of how the film was put together but also: as I’m a visual person but I have zero artistic abilities it lets me think about my own writing and characters and so I sort of visually find inspiration from these books for my own writing.

I’m also super glad that The 100 tv show is doing so well in the UK.  It really is such a great show with a great bunch of people working on it and I admire how hard they work to put this show together.  I also love their friendly rivalry with the folks from the Arrow tv show.  It makes you realise there are humans behind all of this!

I’m still utterly in love with Teenwolf.  Season four is currently airing and man, it’s good. The horror tropes are even more pronounced this season and we’ve got some great new characters in this series too, along with the existing characters returning back to their friendly sass and camaraderie.  Character arcs are interesting too and it’s interesting to see what the writers are doing and how far they’re pushing things.  Teenwolf’s fandom is some of the most vocal and these guys get themselves raked over the coals if they do stuff the fans don’t agree with.  It’s actually terrifying!

Mark and I are rewatching Dexter too – we watched the first two seasons when it originally aired, but then sort of lost track of it.  Now that it’s on Netflix we’re getting down to watching that.  And it is so good. I’ve been spoilered for the final season, sadly, but you know, hopefully I’ll have some kind of memory loss by the time we get to it and I forget about it entirely. *grins*

And I think, that’s it for now.  Oh! Book 3 – JUDGED (yes maybe I am a little obsessed with 2000AD, shut up) – is, as of today, at 91k.  I’m not sure how long it’s going to be.  I reckon I’ve got another 20k or so to write on this first draft? So yes, lots of stuff is happening and so far my beta readers seem to like where it’s going and mostly they are just: don’t hurt them too much, okay? And I’m all: okay bae, I’ll try…and then I go away and laugh like an evil dictator.

I’ll be back after Loncon to tell you how things went.  In the meantime, check out this amazing steampunk video my mate Paul made. He’s rather splendid. Follow him on Twitter as @guanolad.

One thought on “Where does the time go?”