I thought it would be great to catch up with my agent, Juliet Mushens, after my first initial interview with her all that time ago and do a follow-up Q&A.  Juliet readily agreed because she’s awesome but also because she knows how much dis-information is out there about being an agent and what people are looking for.

Thanks to Juliet for taking the time out to do this at a very busy start of 2014.  I hope you guys enjoy this and that you take something away from it.

1. You’ve been doing regular #askagent events on Twitter with other agents.  Have you found that these help those querying you?

I think so, yes – lots of writers comment that it stops them panicking about the little issues, and also gives then the kick up the arse to actually submit! I think writers often find agents mysterious and scary, and #askagent breaks down that misconception. We give up our free time on weekends to do it so I hope it conveys how passionate we are about finding good books!

The submissions I get where people reference #askagent tend to be much more focused, so I do feel that people take the advice on board, which is great.

2. When I interviewed you back in August 2012 (I’d been with you a mere WEEK!) you mentioned your wishlist – https://www.lizdejager.co.uk/2012/08/interview-with-juliet-mushens/ – what has changed for the things you’re looking for?

Oh I found some of those things! THE MINIATURIST by Jessie Burton (Picador) is a big literary historical fiction novel and she actually submitted to me after reading that interview. I also have a great psychological thriller HIS OTHER HALF by Claire Douglas (Harper) coming out next year. Plus tons of original epic fantasy eg Den Patrick (Gollancz), James Oswald (Michael Joseph) and Jen Williams (Headline).

I’m still looking for lots of things though. I’d love to find a serial killer thriller, a ghost story, historical crime, non-Western fantasy and everything in between. Often the things I sign are really unexpected though – something I’d never think I’m looking for can end up surprising me. I represent everything except writing for under-10s, picture-books, sports and diet books. So don’t feel put off submitting just because I haven’t specifically said I’m looking for the exact thing you are writing!

3. Your email pings, you think: maybe this is golden and yet…what pulls you out of a submission and makes you think this isn’t one for you?

There can be lots of things which stop me from calling in a full manuscript. Common pitfalls are: too much exposition, too much focus on small details (she got up… She walked to the sofa… She sat on the sofa… She picked up the remote… Etc), unrealistic dialogue and unbelievable characters. I think that establishing character quickly and well is key. If I buy into a character I can often overlook other things.

4.  Do you ever refer someone who’s submitted to you to another agent whom you think may be more suitable?

Not often, but occasionally. I have taken on someone after a referral before, and I will recommend other people if I think their list is more suitable. 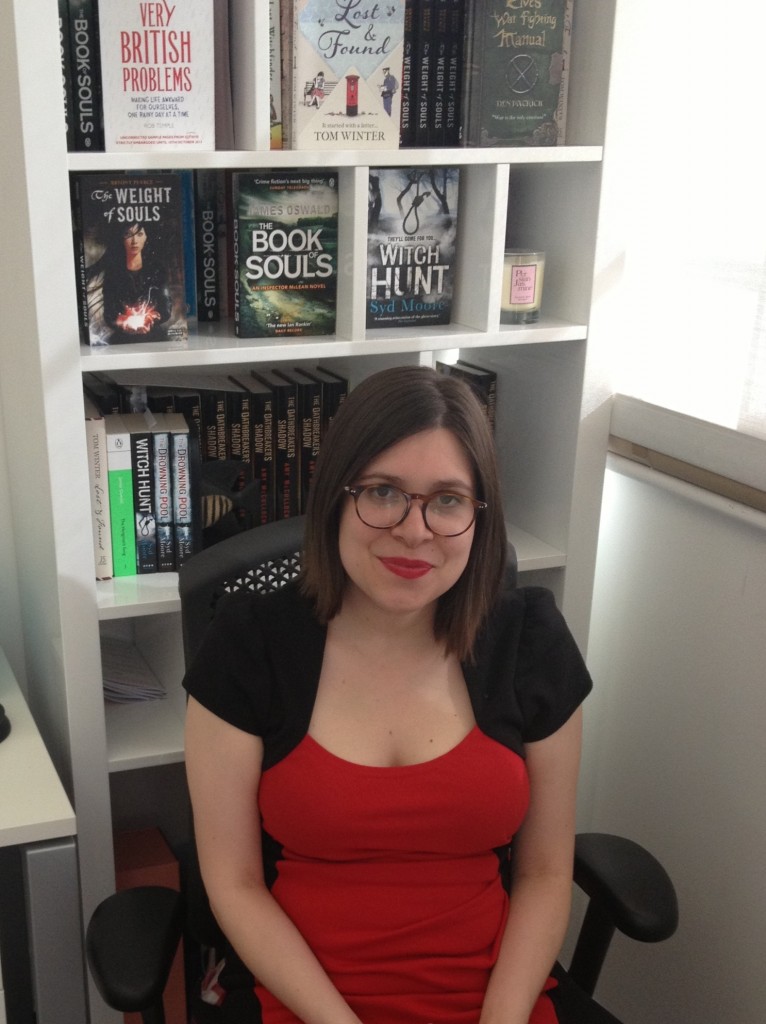 5.  You and I did some intense edits on Blackhart (now Banished) after I submitted to you.  Have you ever been in a situation where you’ve worked editorially with a client and they decided not to have you submit it to an editor or chose to self-publish it?

No, never. If people sign with an agent they want to be traditionally published, and are committing to that process. I’d be fairly annoyed if someone used me essentially as a free editorial service!

6.  Can you lift the lid as to what happens once a manuscript is ready to go out editors? What happens on your side and what is your advice to authors during this time?

Once the manuscript is ready I prepare a submission list of editors. I’ll call them all, write a pitch and send them the book, whilst laying out the rights I’m offering. I’ll also send the book out to literary scouts (whose job it is to scout out hot books for foreign publishers), foreign publishers and our US office.

Sometimes a publisher will offer a lot of money very quickly (called a pre-empt), to take the book off the table. Sometimes several publishers offer in which case you have an auction. Some publishers want to meet the author first, and sometimes only one publisher bids. The process can really vary and no one way is the ‘right’ way.

My advice to authors is to relax, stop hitting refresh on your email or you’ll get RSI, and try and busy yourself with other things! Also, restrain yourself from sending the ‘any news???’ email every few days (I know it’s hard). Your agent will absolutely keep you up to date if there is any news, and the process takes time. Some books sell within days and others take months, so you need to relax and try and distract yourself. Maybe take up meditation. Or golf.

7. What exactly happens at bookfairs, Juliet? What does it even mean? Is it open to the public and is it worthwhile for authors to attend?

Book fairs are my chance to meet publishers from all over the world. In advance my agency prepares a ‘rights guide’ which lists all of the titles we have out or coming out, when they are publishing, and the territories sold. Our goal is to conclude more deals and get more requests from publishers around the world to consider the manuscripts we represent.

Every 30 minutes we have a meeting with foreign publishers where we go through the rights guide and they tell us which books they are interested in. Some of the publishers will already have rights to publish some of my books and we might discuss when the translatable manuscript is due, when they are publishing it, the cover, or sales figures.

I have meetings between 9am and 6pm each day and the follow-up – of sending requested manuscripts – takes weeks to do. It’s a hectic time!

It’s very much a business to business event rather than something which involves authors directly, however some of the fairs do have events for authors. I’ll be talking at London Book Fair about finding an agent and the publishing process, for example. I came to London Book Fair when I was at university and enjoyed wandering around, but as everyone has back to back meetings it isn’t hugely public-friendly!

8. You have an assistant – Sarah – working closely with you now.  What does her role entail when it comes to new submissions but also going forward with existing clients?

I tend to read my own submissions but Sarah often reads alongside me. She has great taste which I really trust and we tend to agree editorially. Writers often get hung up on their work being read by assistants rather than the agents but good assistants are always keen to find exciting projects in the slushpile. I started out as an assistant and was a huge champion for the writers I found and loved, really encouraging the agents I worked for to read their work and offer representation.

With clients going forward, a good assistant also offers editorial thoughts and can answer most questions if I’m away. It’s just great to have an extra pair of hands and a fresh pair of eyes!

Enough with the serious questions! Two quick ones.

9.  What non-work related books are you reading at the moment?

Currently reading ‘The Lies of Locke Lamora’ by Scott Lynch and ‘Love Nina’ by Nina Stibbe.

I’ve just finished ‘The Disaster Artist: My Life Inside the Room, the Greatest Bad Movie Ever Made’ by Greg Sestero. The Room is the worst film of all time and I’ve seen it three times! Seriously, look it up on YouTube. Greg starred in the trainwreck of a film and I hoped the book would reveal more hilarious stories behind the scenes. It did, but it was also smart and surprisingly moving. It reminded me that good non-fiction can transport you just as much as fiction can.

Oh I never give things up for the New Year! I’ll definitely carry on reading Mills & Boon regency romance novels (got to love a pirate captain: no chemise is safe), rapping at karaoke, and spending too much money on dresses. I hope to still be enjoying those vices well into retirement.