I sent the manuscript for book two – VOWED – in to both my editor and agent today. 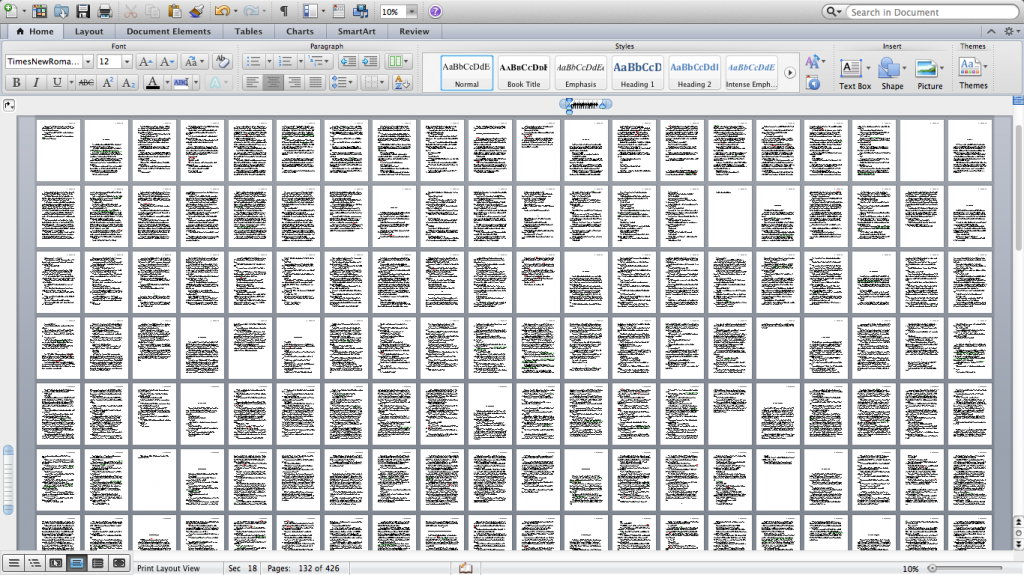 It is a strange feeling knowing that I’ve worked on something that’s being published around November next year…when the first book isn’t even out. (uhm, you can pre-order BANISHED now for delivery on release date from Amazon, Book Depository, Waterstones or your local bookstore, just sayin’).

I loved working on VOWED but it was hard going as I’ve never had to write a second book in a trilogy before and I kept second-guessing myself but I knew the themes were to be big and loud and shouty and fun so I hope I’ve managed to translate into the bloody manuscript!

I’ve popped the ms in a word-cloud app and this is what came of it: 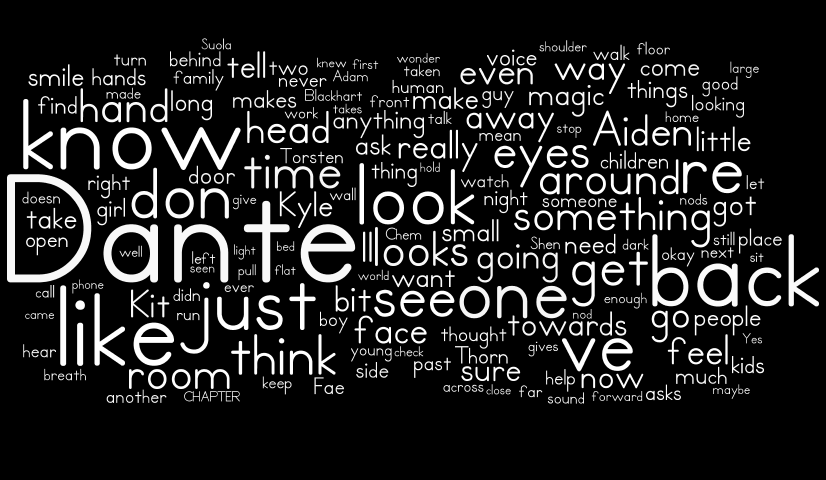 In other exciting news, the Authors for the Philippines auction has ended and the lovely Darren from Bookzone for Boys won the bid to be a side-kick in a short story and to have a named character in Book 3 (release date provisionally July/August 2015).  This is so flattering and thanks so much to everyone who bid, not just on being in the Blackhart Legacy, but overall.  Keris and Keren did so much work, along with Candy Gourlay, and it was incredible to see the offers from across the industry fly in once word got out – and the fact that it reached internationally is impressive, I think.  Just goes to show what social media can do when everyone pulls together.

Here follows some ruminations about movies and tv shows and some music.

I put editing aside briefly last week Saturday to go and watch Catching Fire at West India Quay.  We went super early and the cinema wasn’t busy at all and it was interesting to see the demographic of people who attended.  There were some teens but then there was a lot of adults (talking over 25’s here) and some people were there by themselves.  What I noticed too: a group of young guys, probably around 24 years old or something, who were obviously seriously into the Hunger Games overall.  They were debating the finalists and talking with a lot of excited hand gestures about the movie, the cast, the story.

So yes, if this could be an indicator to Hollywood that strong independent girls can draw a diverse and enthusiastic audience, please, do more movies with strong independent young women who aren’t victims or who get fridged in order to progress a storyline for the man to go on a spree of revenge killings.  That’s lazy storytelling.  Unless it’s anything The Stathe stars in then well, shut up because it’s The Stathe.

What? I’m allowed this caveat because Jason Statham.

We also saw Thor 2 and it was such ridiculous fun.  I like that there was more of Jane and my face still burns at Chris Hemsworth’s shirtless scene because really, the camera lingered just that touch too long for it to be comfortable.  Ahem. *fans self*

Oh, when the Beauty & The Beast tv show started on tv earlier this year, I watched the first episode but didn’t think much of it.  Now however, I’m utterly OBSESSED with it because the female lead, Catherine, kicks so much ASS.  Seriously.  It’s not as good as the original Beauty and the Beast I remember watching and falling irrevocably in love with Vincent aka Ron Perlman, but, when it comes to actual fight scene coordination, this show is incredible.  I also like, utterly, that although Cat and Vincent are drawn to one another, there is no kissing.  Or even, a lot of touching.  It’s something I noticed from the outset and I love it – there is a simmering attraction and well, I’m probably on like episode 7 or so, but yep, no unnecessary touching and lots of angst.  *happy Liz*

Music wise, I’ve put together a huge playlist for Kit when she does her exercise training.  I know, that’s taking character creation to a new level, right?  I just thought that it is something she would have to hand.  Music plays a big part in my life and in both books thus far so it made sense for her to have an exercise playlist which I liberally copied from an old Men’s Health magazine I found lying around, along with some of my favourite work out music.  This wasn’t any kind of procrastination at all.  No sir, none.

I’ve also thoroughly enjoyed listening to Lorde, Haim, Cvrches, Jamie Woon and Yeasayer, also MS MR, MNDR and Avicii.  I also like the  Lost Girl and the Beauty and the Beast tracks they use in the tv-shows. Whilst editing I listened to a lot of OST from movies, specifically Dredd and basically anything by Ramin Djawadi.

Next up for me is a few days of R&R, including a Black Sabbath concert.  There will be loads of reading and I’m all about contemp YA romances at the moment.  I also have a lot of fantasy reads to catch up on over crimbo so I’m looking forward to that.

I leave you with a trailer to Mark Helprin’s Winter’s Tale.  I hope the movie does justice to this amazing book.  And if you’ve not read it yet, make sure you do.