I’ve now seen several people mention the Ian Rankin programme that recently aired on the BBC but it’s only this morning that I sat down to watch it.

What a revelation.  He’s just like me.  No, really, he is.  He’s also insecure and worried and goes through stages of OMG THIS IS THE WORST THING I’VE EVER DONE to Hey, maybe this does not suck.  That much.

If you’re interested in watching the programme, go here – I’m not sure if it will work if you’re abroad, sorry.  But the programme is handled really well in my opinion.  It shows Rankin as being supremely human and down to earth and definitely in touch with his inner demons.  It’s also made me want to read ALL his books.  And watch all the Rebus tv series.

But, one of my favourite things from this programme was his green folder.  His story ideas folder.  I started smiling like a mad cat when they zoomed in on the folder.  Each year he sits down at this folder to flick through it to work up a story idea for his new book.  It’s stressed several times in the programme that he writes “one book a year” as if it’s an odd / unusual / big thing.  But that’s another blogpost. 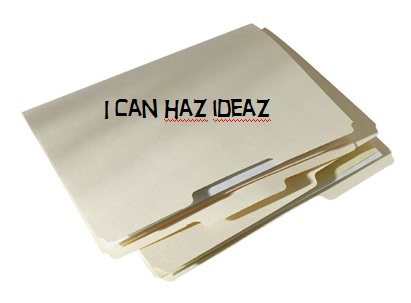 The idea of this folder of his, where he keeps notes to himself, newspaper clippings, headlines, bits of napkin and wotnit, is not new.  But I think few enough new writers do this.  All “how to” books tell you to keep a notebook ready and carry it with you all the time.  I scoffed at the idea for years thinking I would remember All The Story Ideas.  I was wrong.  Badly wrong.  Now, you can’t find me without a notebook or three.  And I still manage to forget to write some ideas down.  Bad Liz, no cookie.

But what I’m trying to say is: he’s had this file for YEARS and YEARS.  And later in the programme he mentions that he’s pondered a few things in the past, as to why he put them in there, that they appealed but that he wasn’t quite sure what to do with them, not yet anyway.  And that’s the thing: ideas and inspirations can be filed away and set aside for years and like good wine and whiskey and cheese, they mature and mull around, until they are ready.

I think, from my visits to schools in the past, that kids think the whole “where do you get your ideas from” is an instant thing, a thing that comes from nowhere, out of the blue and suddenly, you sit down and write and all sixty thousand words pour out of you in one fell swoop.  And I think a lot of new writers think that this is the way it happens.  Or people who think that one day they’d like to write a book and they think this is the way it will happen.  If you’re lucky and talented, then yes, it may happen this way for you.

But in most instances, it doesn’t work this way.  And interestingly, inspiration and ideas do come from everywhere.  Which is so important be out there for a writer, to read and think and have conversations and watch tv and movies because one tiny thing can trigger something, a spark for an idea.

I’ve stopped mid-way through writing my contemp YA at the moment as I was reading Kevin Hearne‘s Hammered (I love Kevin Hearne a lot a lot) and he uses a term to describe one of the things his main character, the druid Atticus O’Sullivan (pictured above), can do.  The word was so evocative that I literally closed the book, took out my notebook and wrote it down.  My brain went into overdrive.  And I’ve started making notes and doing research to try and figure out how this would work in “real life”.  I suspect nothing may come of these scribblings, but you know, it’s a clue that leads to another clue, to a reveal to a clue…to a suspicion of something and maybe at the end of it…I’ll have a story idea.  It may come to me properly in a few hours or a few months’ time.

When I wrote Curse of the Djinn, my lovely sweet imustputeverythingiloveaboutquestnovels MG, the idea had been brewing for two years and I had a research bible called the Curse Bible.  And when I did come to write it…I wrote it in record time.  I bashed out sixty thousand words in maybe two months, possibly less.   And it was awful and full of first novel mistakes and I let a few people see it and I love it with all my heart, but even after revision, it’s not going anywhere in this format.  However, I may plunder it for story ideas at a later stage, and even settings.

Something else I’ve been doing this morning is look through Goodreads and the upcoming titles for 2013, looking at MG and YA novels and oh my days, so many fantastic stories.  I’ve been marking what I’d like to read and then I found this story and fell in smitten love:

The Eighth Day by Dianne Salerni:

When seventh grader Jax Aubrey wakes up to a world empty of people, he does what anyone would do: assumes it’s the apocalypse, ransacks the local Walmart, and fortifies his guardian’s house against zombies. When he wakes up the next morning to a normal Thursday, Jax wonders if he’s lost his mind.  But his 18 year-old guardian, Riley Pendare, also experiences Grunsday, an extra day squeezed between Wednesday and Thursday.  Jax learns that some people exist only on Grunsday, including the girl who’s been hiding in the house next door for the last 35 years — her life skipping over seven days at a time like a stone skimming across a pond.

A beautiful, reclusive girl who knows nothing of the regular world? Jax can’t think of a better way to spend his extra 24 hours than trying to befriend her.  But Evangeline Emrys is the key to a 2000 year-old spell with its roots in Arthurian legend. Jax’s guardian is her reluctant jailor, sworn to keep her out of the hands of those who would use her – and kill her if he can’t. When Jax accidentally leads a pack of human bloodhounds to their door, it comes to a terrible choice: face a real apocalypse or sacrifice Evangeline.

I just love this concept and of course had to tweet about it too.  I can easily see why it was taken on to be published – fantastic high concept and a good through-line and the stakes kept being raised. And! The writing is no doubt rather splendid too.

Stuff like this (imagine an arrow pointing upwards) is also great ideas fodder.  It makes me keep in mind that stories can be big or small but they must be engaging and fun.  So basically in a nutshell, inspiration is on your doorstep.  You just gotta look for it and pounce on it.  It might not be the thing you want right now, but it might easily be the right thing later on!

And be sure to keep that notebook / file / folder ready for when it comes along. 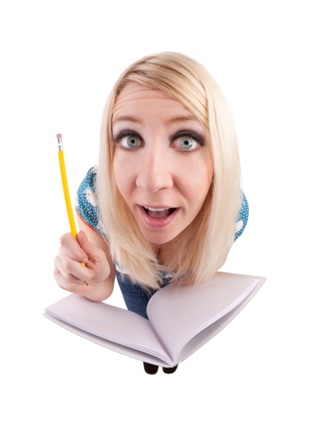 3 thoughts on “On story inspiration”