There’s been some time-lapse between posts – apologies for that.

On the writing front:

I completed the second set of edits for Juliet.  It’s now with her to check over and decide what else needs doing and I’m a bit excited about that, needless to say.

I’ve written out two synopsis for two more Grimm titles (and they are bad synopsis, let me tell you that)  and I honest to goodness pray that no one asks to see them ever, and just take my word that the books that will come from them will be rather splendid.

I’m currently working on a new contemporary YA and I’m around 16k into it, which excites me a little.  I’ve also been reading a lot of contemporary YA but also more “how to” books and several adult novels.  All of this feeds the furnaces in the brain.

Some of the stuff I’ve been reading:

Reading Like a Writer: A Guide for People Who Love Books and Those Who Want to Write Them

Inside Story: The Power of the Transformational Arc

The Borrower by Rebecca Makkai

The Psychopath Test by Jon Ronson

I found a picture of the Pink Girl and I think she’s absolutely stunning. I’ve started a pinterest board too for this new story.  It’s a lot of bad-assery, let me tell you.

Went to watch Looper which I genuinely enjoyed.  Near future sci-fi with great background world-building that makes you think how did that happen, or that? and yet because it didn’t form part of the story it was never really explained.  It’s a potentially open world to explore.  I liked it.  Joseph Gordon Levitt is rather fantastic in it – he really is one of my favourite actors.  Let’s take a moment and observe how lovely he is:

I also watched Say Anything for the first time last night.  I loved it – after watching Say Anything I can see patterns in so many YA books and light romance fiction.  It’s not a bad thing, not at all, because basically we all love the bad boys but really, we all want Lloyd Dobler in our lives.  He is funny, intelligent, confused, a bit messed up, but he tells his story true and he’s strong enough to support his super intelligent and cool girlfriend without feeling his machoness has been impeached.  I fell in love with Lloyd.

There’s been LOTS of new music out and music I’ve spotted people recommend to each other which I just nab for myself.  I like the new Muse album but I’ve not bought a copy yet, same with the new the xx. It makes me a bit sad that I’ve not run off and bought these albums, listening to them on Spotify first for a few times.  Am I going off two of my favourite bands? Gods, I hope not.  How will I write em0-scenes then?

A new to me “band” is a group called City of the Fallen – their music is orchestral mostly and great background writing stuff, on par with Two Steps and others of similar ilk.  Kaz Mahoney has been talking about The Pierces loads in the past and I’ve not listened to them before.  I gave them a whirl last week and I like these girls.  I like that their songs cover a great range of stuff.

Also stuff I’ve been listening to is the new The Killers / The National / Elbow / Two Door Cinema Club and The Script, also Pink’s new album and also Mumford & Sons.   But also the soundtrack to Dredd and I’m just in the process to find the soundtrack to Warrior which we re-watched last night.  There is this one scene, towards the end, where the two brothers face each other in the ring and my giddy aunt, the music is so wildly tribal I felt my heart rate speed up listening to it.  It’s the same thing that happens when I watch CTHD, the first big fight scene in the courtyard when the Green Destiny gets stolen – those drums! Just perfect.

The Agents’ Party has come and gone and it was such a great evening.  The agents were all rather splendid and the talk was honest and forthright and we were lucky enough to have a US agent in attendance too, which was great.   I handed over the Agents Party as I’ve been doing it for three years now and felt that it would benefit fresh eyes and a fresh hand.  I handed over to Mark Thomas Jones who is charming, and funny and a bit crazy.  We like that combo.  I wish Mark the best of luck with the party – and can’t wait to see what he does with it!

This Saturday past I attended the Masterclass with Miriam Halahmy on “Stuck In the Middle – Plotting The Middle Part” and it was so beneficial.  Miri made us do HOMEWORK prior to the class and let me tell you, I sulked about it for about 48 hours and then I got stuck into the homework and wouldn’t you know: LIGHTBULB moment.  I had my doubts, I’ll be honest, but yeah – doing what you don’t want to do and then bending your mind to it = great results.

I’m super chuffed I managed to get place (fantastic workshop Miri) and am so looking forward to the upcoming SCBWI Conference in November.  The guest line-ups and workshops look superb.  If anyone would like to throw money my way to attend the conference in New York in February, that would be awesome! *waits for all the money to come in*

I bought new shoes.  I had to.  For work and I quite like these (thankfully) as they are pretty, a bit old timey and comfortable.  Check it out: 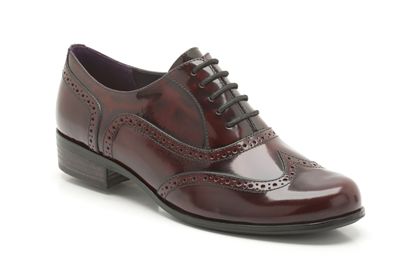 In other news, Mark, Sarah and I have decided to shut down My Favourite Books at the end of the year.  I blogged about it here.  It’s been a long time coming and the three of us are sad but also incredibly excited – I don’t think we’ll actually stop pestering people about the books we’ve read, but from next year onwards I think we’ll end up reading even more widely and not feel constrained to only read what we’ve been sent to review.

This coming week I get to meet Cornelia Funke *eeee* and Mark and I get to go on a ghostwalk!  And that’s me for now – as usual, a massive binge-write-up for which I apologise! (but only a little)

2 thoughts on “Random Liz is Random”