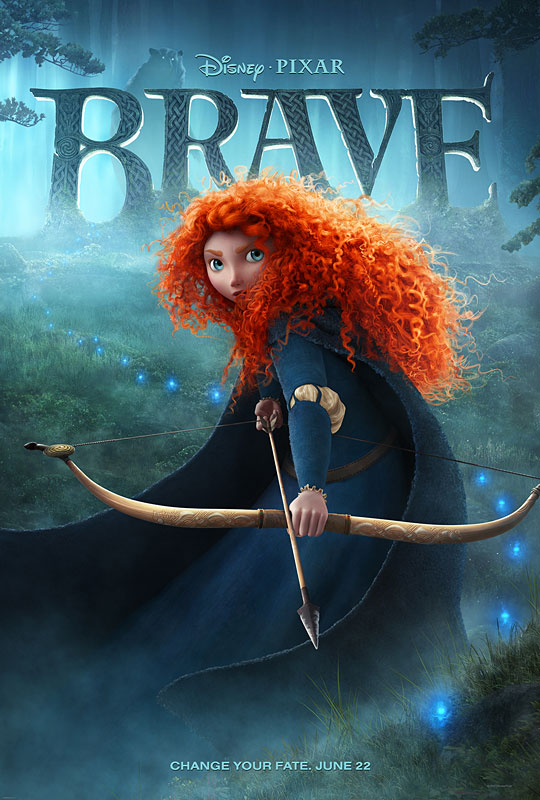 I mentioned this charming looking movie from Disney Pixar in the past and a new trailer has hit the interwebs.  To be fair, it’s a bit more a movie extract than an actual trailer and it is fantastic.  It looks stunning and I love everything about it – from the overall look, the scenery, the clothes, the archery (grin) to Merida’s feistiness.  This is the main Brave website where you can watch the movie trailer and check out what the story is about and ogle the gorgeous look of it in general. 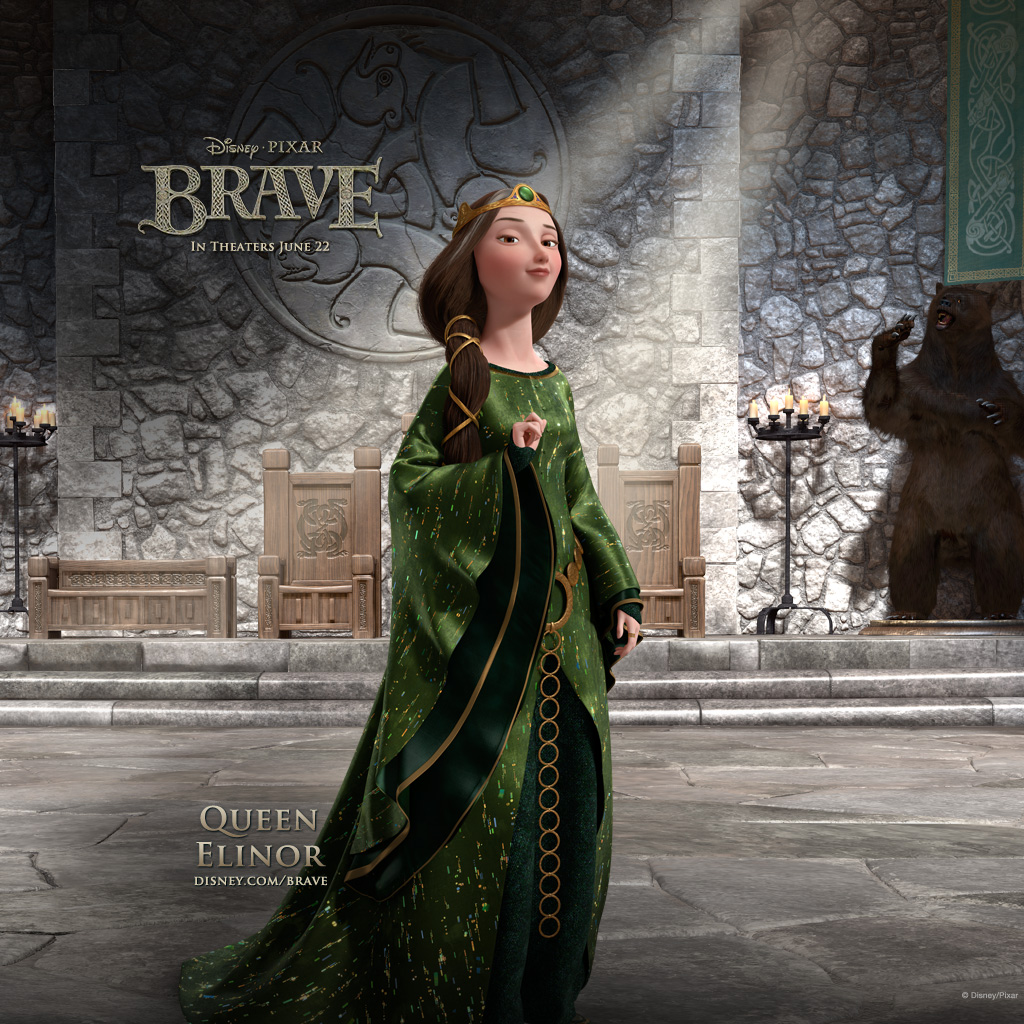 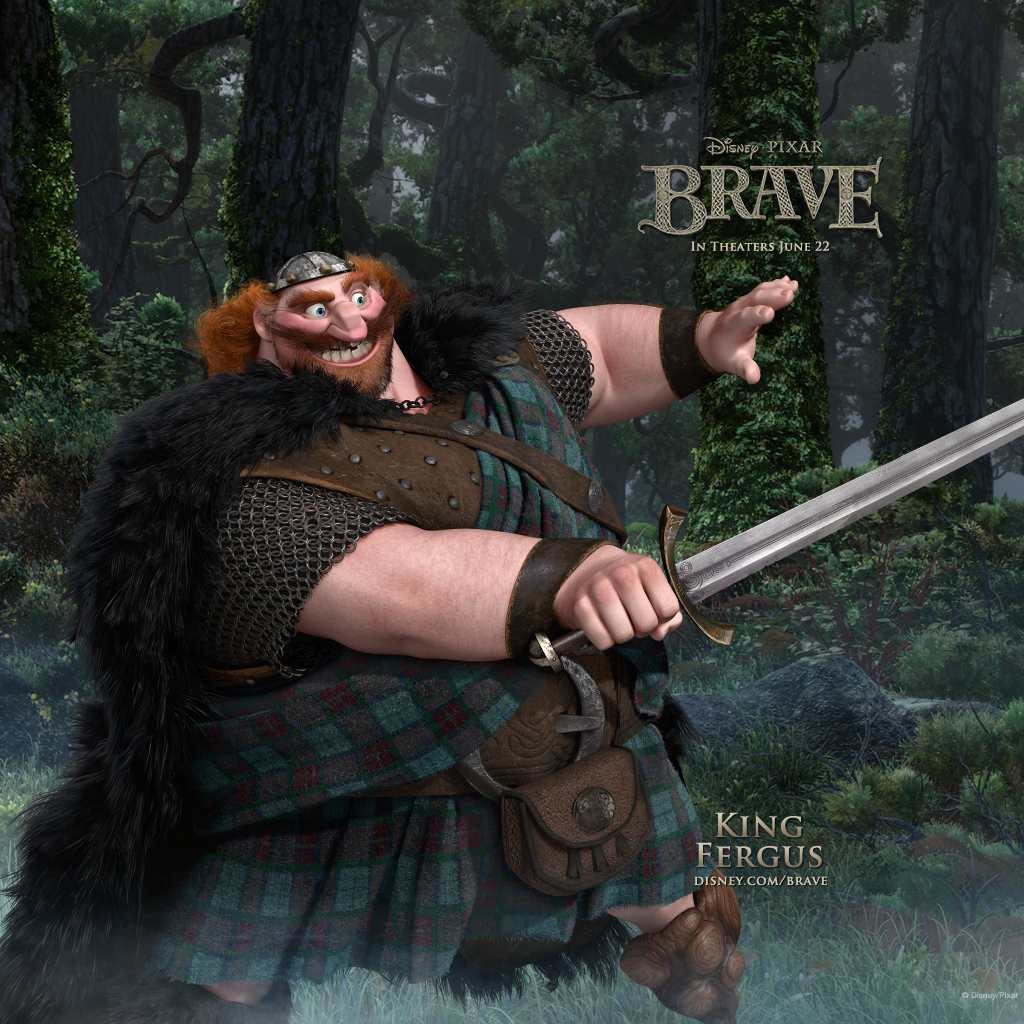 Onto the Other Things now – as per usual.

I stumbled across this news the other day and sobbed into my cornflakes.  It would seem as if I’m tapped into this well of story ideas that Hollywood are plundering at the moment.  I have a moleskine packed full of character info, world building etc. for a story similar to Disney’s new rumoured Order of the Seven, a Snow White spin-off.  I stared at my screen agog when the news broke a few days ago and couldn’t believe it.  So what do you do? Shrug and carry on – pretty much, because clearly, I’m a trend-setter, innit? (chortles)  Even if it is only in my head.

But no, to be honest, what Disney is doing will be visually arresting and with Soarise Ronan taking part in it, how can it be awful?  I love what a great actress she is and how easy it is to underestimate her quietness for weakness.  She is a great heroine and I am looking forward to seeing Order of the Seven should / when it comes out.

This evening I’m off to the Children’s Book Circle event – “Behind the scenes…” which is described as follows:

Ever wanted a glimpse inside the minds of the agents, editors and booksellers that decide which books make it onto the shelves? Now’s your chance. For the CBC’s first event of 2012, a panel of four industry experts will reveal their top publishing secrets – including insights on how certain manuscripts really stand out from the crowd, and personal perspectives on the ever-changing landscape of children’s publishing.

I shall report back with a write-up on the event.  It promises to be an interesting one.

Simon Mayo, who some of you may know, has a kids’ book out later this year.  It’s called ITCH and I’ve started reading it this morning on my commute and it is so much fun.  Itch is a very likeable character and the writing is smooth and easy on the eye (and in the head). I’m liking it plenty and can’t wait to read more of the book!

We got to re-watch Fright Night last night on DVD and I have to say Colin Farrell really does know how to turn on the creep-factor.  It’s all in the eyes, and facial expressions – he just exudes menace.  I loved it as much as I did when we went to the preview.

This weekend the London Super Comic Con is happening and we have tickets to attend – we’re not yet sure what our plans are to be honest, as Mark has been felled by the lurgee and so it would seem, as of last night, so have I.  *plugs nose with tissues* I know, var sexay indeed. 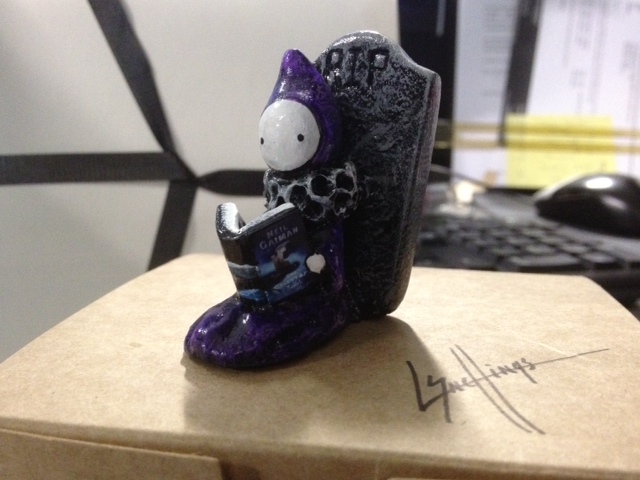 Oh! My Lisa Snellings poppet arrived yesterday.  Isn’t he just lovely? He’s reading The Graveyard Book by Neil Gaiman.  I posed the poppet with my signed copies of the book last night. 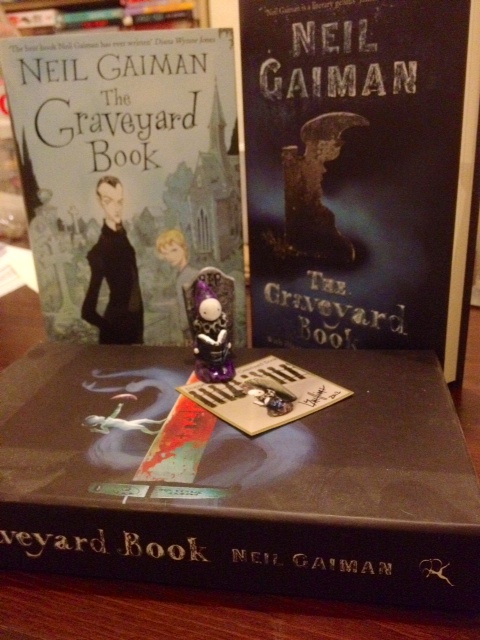 My nose and I are now retiring, gearing up for swollen face and general miserablenicity, wish us luck.

2 thoughts on “Brave & the usual ramblings”