Watched the trailer for Snow White and the Huntsman last night.  And squirmed with pent up joy.  Charlize Theron gets to play the Evil Queen with such style and grace and wickedness – I am won over.

Sadly, poor Kirsten is cast in the role of Victim a k a Snow White, but hopefully the script writers have given her a meatier role.  In fact, they must have, as she’s actually seems active and not simpering.  She does seem to run a lot.  And wear armour.  And look pale.  Dammit! I hope she kicks ass in this movie in her own right.

However! This photo made me grin – in fact, I posted it on Twitter because old Chris and R-Patz just couldn’t be more different and oddly, I feel no compulsion to fall for the undead sparkling boy. 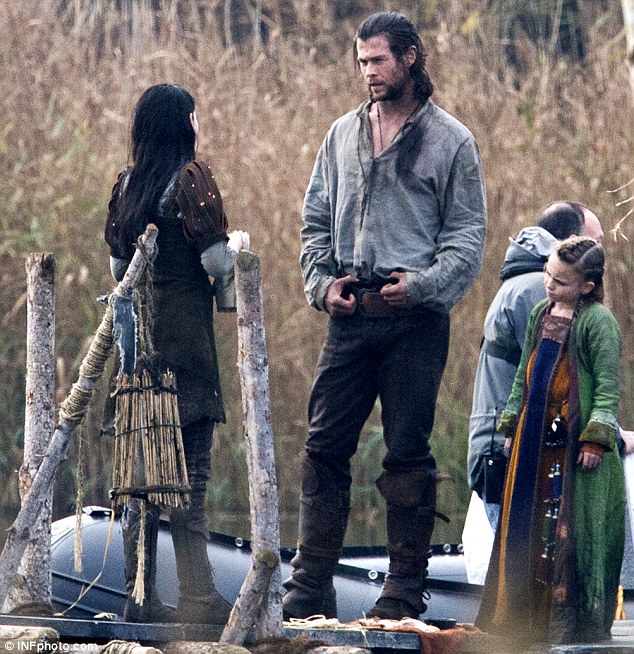 And as someone pointed out, it even looks like the little girl is checking him out!

And here is the trailer – the battle scenes look good fun too.  I am genuinely looking forward to seeing this.  I hope it turns out ace.

I’m not sure if Once Upon A Time will come to the UK or not, but I love this poster for the series: 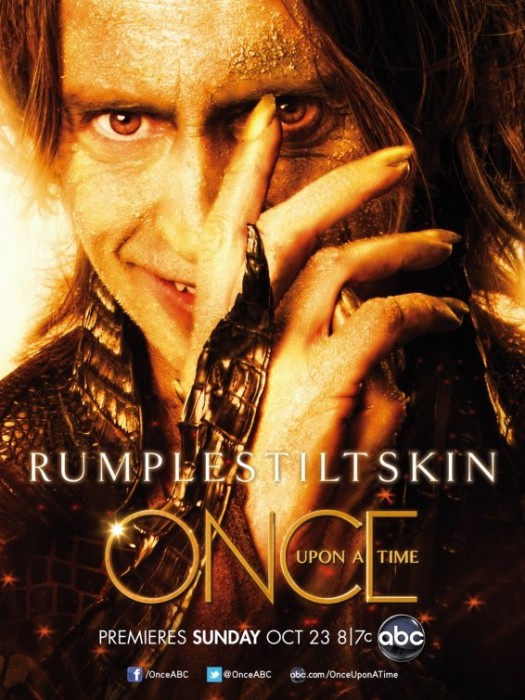 Also, the trailer looks very interesting.  And yet I can’t shake the feeling, no matter how much the creators deny it, that it has nothing to do with my favourite graphic novel series of all time, Fables. 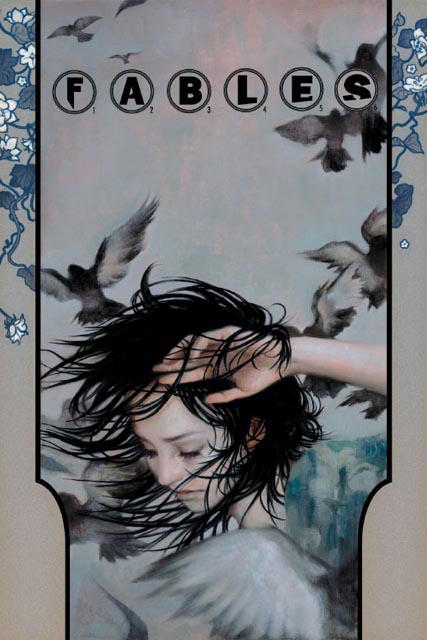 If you’ve never heard about Fables and you inaccurately think it may be for kids only, you cannot be more wrong.  The series, published by DC’s imprint Vertigo and created by Bill Willingham is centred around various well known (and lesser known) fairy tale characters but also characters from folklore and mythology.  They collectively call themselves The Fables and have been on the run from an unknown Adversary who has taken over their Homelands.  They escape to New York where live beside us in a community called Fabletown.   Those who are unable to blend in with humanity get to live at The Farm, outside of New York.

The stories and layers are rich and deep and Bill Willinham seems to have endless amounts of fun creating and dissecting their worlds, spinning them round and round and creating new fairy stories and mythologies for the reader to explore and fall in love with.

But anyway, Once Upon A Time’s premise runs very close to that of Fables and I remain torn – my allegiance to Fables is unquestionable yet there is a curiosity about Once Upon A Time that is undeniable.

Anyway, here is the OUAT trailer.  You decide.