Today I received this: 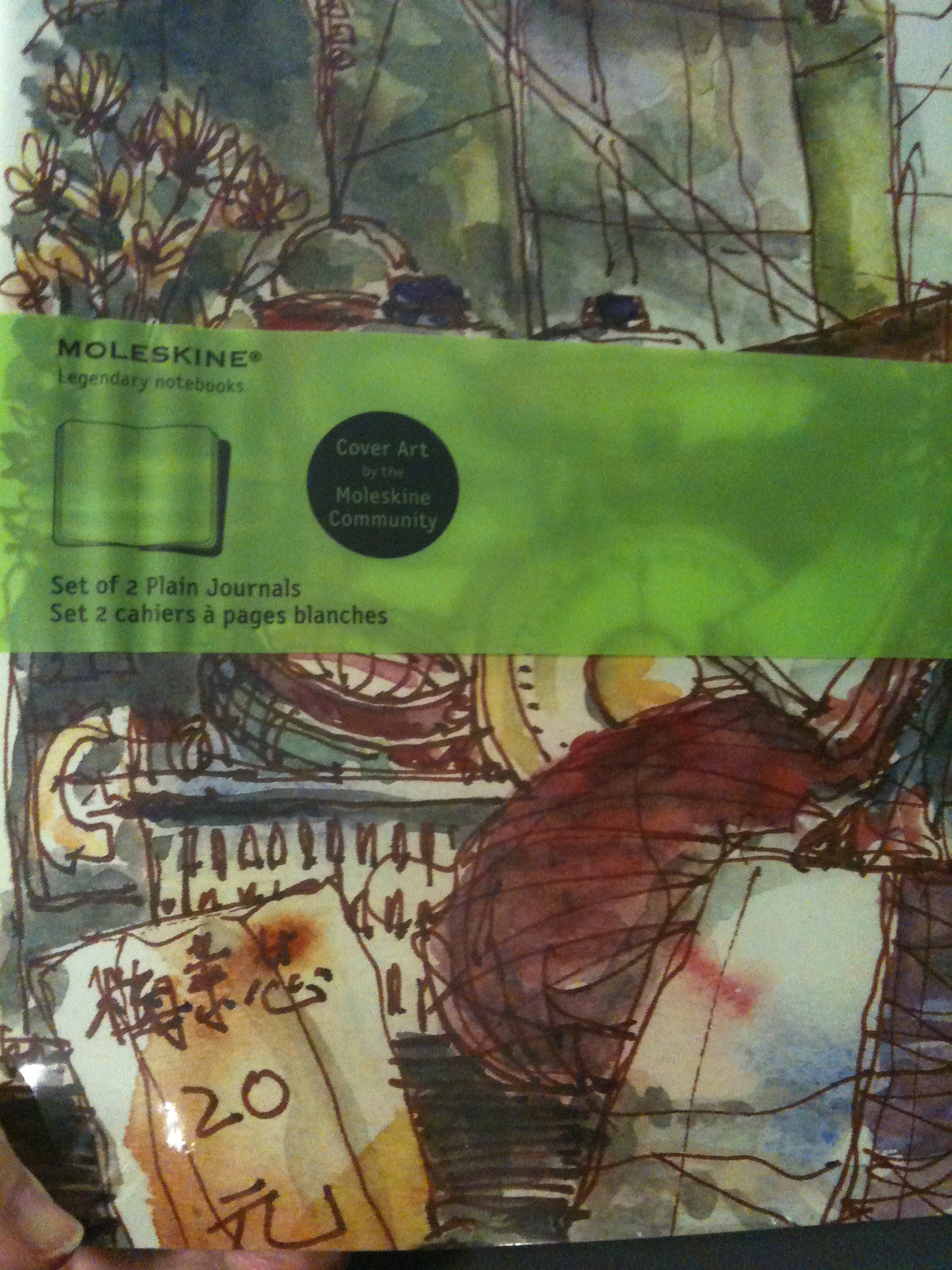 I am genuinely excited – I’ve been waiting for this set of moleskines to be released for a while now.  The artist is Paul Wang and I just love the style of art on the covers.  This is his blog and here is a cool interview with Paul.  This is his flickr account.

It’s been a very crazymad busy past few weeks.  I’ve attended various signings and events both in London and in Bath.  It’s been crazy and mad and I’m utterly exhausted.  But I’m not complaining because doing all these things create such an incredible buzz of excitement.  It feels like my blood is fizzing with creativity.  I love it.

Grimm is behaving and is being edited.  I discovered the coolest thing ever.  Printing my manuscript in booklet form! I separated all my chapters and printed each chapter off as a booklet.  This means far less paper which is off course a good thing.  But it also means it is easier to carry around with me.  I can have three or four chapters with me in my bag to work on during lunch or commute and it’s handy as heck and it doesn’t take up a lot of space. Purrfect!

I know, I get excited about rubbish things.

This weekend is a SCBWI Masterclass with Sara O’Connor and that is quite intense.  We had homework for this and I’ve not managed to do it and I’m wracked with guilt.  The homework was supposed to be sent on to Sara for discussion during the class, so I’m doing mine retrospectively tonight and tomorrow night.

This is what the class is about:

Saturday October 8th, 2011 From Trilogies to Infinity: by Sara O’Connor

A talk on series fiction for children covering concepting series ideas, pitching your proposal to publishers, inter-book story arc-ing, how to keep it fresh when you’re forty books in, etc. This class will be especially tailored to young fiction (5+, 7+ and 9+), but young adult will be discussed as well.

After two years at Little, Brown Books for Young Readers in New York, Sara O’Connor has spent six years at the series fiction packager Working Partners developing series like Dinosaur Cove, the Hoozles, My Sister the Vampire, and Sisters of the Sword as well as working on Rainbow Magic, The Lady Grace Mysteries and the New Adventures of the Wishing Chair. She will be senior editorial manager for fiction at Hodder Children’s Books as of 1 November 2010. She is also co-editor of Undiscovered Voices.

I am always intrigued by how authors plot trilogies and always wonder how to create a series where each book is pretty much a standalone, yet have a common thread or storyline run throughout, that pulls the books together.  Does that make sense?

I will be doing a write-up of the event too.  And then this Sunday is my 12 year anniversary.  It is pretty special.  I thank the heavens every day for Mark who is beyond cool.  I am pleased that our interests have remained the same and that we have grown together – blech, so soppy, I know! Totally not me, but it has to be said.  Without his support, I think I would have sold my laptop and computer and given up on this writing malarky a long time ago.  But he’s good for the soul and makes me sit down and write and plot and plan.  He’s a bit of okay.

Last night at Foyles I attended a talk by Marcus Sedgwick about his new novel, Midwinterblood.  He is such a nice guy and I am hosting part of his blog tour on the 11th October.  He decided to write about symbolism, folktales and mythology for MFB and I am so pleased he did.  Because in my search for hare and the moon pictures I discovered this lovely artist:

Just stunning and a bit dreamy.

That’s enough from me for now!