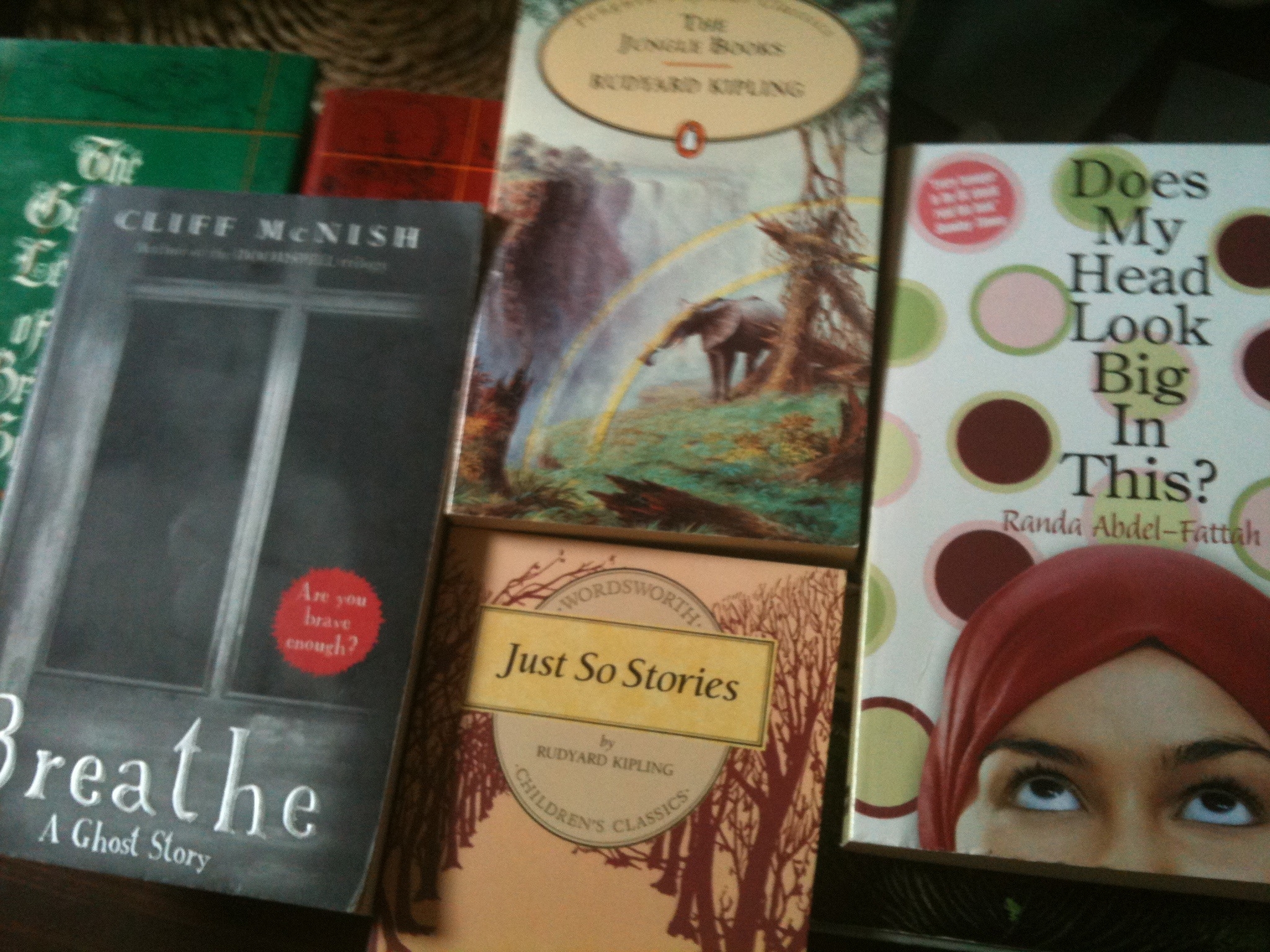 At the end of last year I decided on a very firm New Year’s resolution: not to buy books in 2011.

*pause and let that sink in*

This doesn’t mean that I won’t stop reading or anything like that, no – it was more a case of taking charge of a habit I’ve gotten into these past few years.  Buying books, endless amounts of books, to have and to hold, and then just having them SIT there on the shelf for AGES and not read them, as I felt I had to give priority to the books I’ve been receiving from publishers to review.

But 2011 is going to be different.  I must have probably bought around 60 – 80 books last year, if not more.  That’s more than what some people read in a life-time, I’ve come to realise.  Out of those I’ve maybe read twenty.  And all of them are still sitting there, waiting for me to open them up.

I’ve taken the vow not to buy any more books for 2011 so that I can actually get to all these gorgeous books I had bought in the past and not yet read.  Other decisions followed this non-book-buying vow:

1.  Read more widely, outside my comfort zones.  I’d like to pick up more non-fiction this year as last year I read The Tiger by John Vaillant and loved it.

2. Try new authors and genres. In 2010 I read a swathe of science fiction novels.  And I mean, proper heavy sci-fi.  Some I really liked and some I didn’t.  But it was great making myself do this as I’ve learned that sci-fi is not as scary as I remember, thank you Mr. Asimov, reading it at age 10.

3.  Try older stuff (i.e. Tolkien and CS Lewis and Sabatini and RL Stevenson and other authors) Ah, some of these authors I have read but long ago, so instead of “try” this should maybe read “reaquant” myself with older authors.  Also, this year I am determined to read: The Hobbit and all 3 books in the LoTR trilogy.

4. Try reading some Warhammer 40K stuff.  Mark has been going on and on at me about reading them, saying that if he can’t get ME to read them, then what are the chances of other noobs picking them up.  Which is a fair point.

5.  Space.  Our house is a small Victorian (two up/two down) and I think we’ve reached the capacity for bookshelves – 3 in the lounge, 3 in the dining room, one on the landing and one in the spare bedroom.  Bear in mind that both Mark and I are readers.  That is a lot of books for two people in a small house.  Most of the shelves are double-stacked.  We also have over a thousand books in storage.  Again, I reiterate: we are both readers and these are books we’ve been collecting for say the past ten years.  As for hiring space: – get this – it is cheaper to hire space for storage than it is to move to a bigger house.

Not buying books is a big thing for me – I go to bookshops to feel better, especially after an awful day at work.  I pick up books, browse the shelves and just love being around them.  They are my go-to for cheering up and for clearing my mind of clutter.  But I also buy impulsively.  3 for 2 at Waterstone’s has been the bane of my existence for ten years. Most of the times I try and be brave but I won’t lie and say I can walk away from a good deal.  I haven’t been able to.  Until this year.  So, as a pat on the head for being so brave, each month I will be dumping say around £15 or maybe even £20 into an existing gift card from Waterstone’s. I already have £50 on there that was given to me as a gift by a colleague at Christmas.

I am taking each month as it comes, but so far I have not bought a single book for myself in 32 todays.  If this continues, it means that at Christmas I can go into Waterstone’s and buy £230 (or thereabouts) worth of books. Which really is one of the coolest blow-outs I can imagine.

And honestly, this resolution / vow has been one of the most difficult to stand by.  It is driving me crazy not to one-click on Amazon and to walk away from Waterstone’s sans anything.   Equally, walking past charity shops and their beconing shelves.  Gaaah.  It is tough.  But I can persevere.  I have to.

One thought on “Cold Turkey”