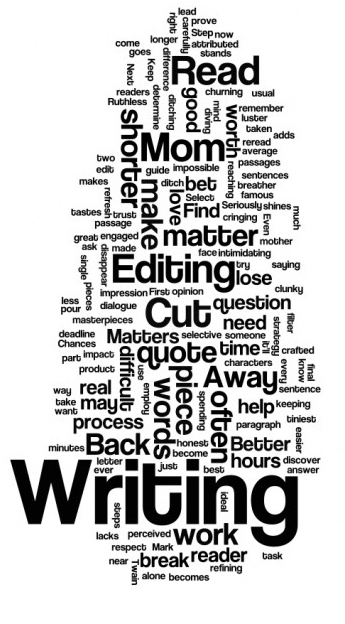 I may have mentioned that I finished my novel for older teens just before Christmas?  Well, I’ve been thinking of my edits. New ideas have surfaced, ways to improve the narrative and wotnot.  What I am keen to use is my critique from my critique group that I meet with monthly.  These are my friends Sue Hyams, Paolo Romeo and Maureen Oakeley.  They read the first ten chapters of Grimm and liked what they saw.  They gave considered feedback.  It was terrifying.

I also have two other people who form a separate crit group and we call ourselves the Triptych Sisters: Sarah Bryars and Sharon Jones.  Their advice is as considered but I’d like to think their approach is far more personal and nitpicky.  Which I honestly need. These five people are the ones I’ve relied on heavily to get the tone of Grimm right.

And recently, as I was zooming towards the end of Grimm, I won a random competition on Twitter hosted by The Lighthouse Agency in which I submitted to them my covering letter and the first three chapters of my current WIP (Grimm) for perusal.

I got some great feedback from them, a lot of which will be incorporated into my revisions, items that particularly resonated (I’ll skip the covering letter for now):

I think we could do with a bit more Kit in general. She sounds brilliant, and by the time I get to her fighting the red-caps with the boys I like her very much. But a few strokes in the first few pages would give the reader much more to connect with. (I mean things like page 16, where we understand why she likes physical exercise. That’s a great pointer to the kind of person she is – you could drop in a couple of things like that earlier.) It’s vital that the readers like Kit and begin to understand her as soon as the novel opens.

Also something I’m very panicky about at the moment which they caught:

Watch out for slipping into different tenses. On page 1, second paragraph, we flick between present and past tense. Same on page 26 ‘the other world has reached out and touched someone else…’ Just something to be aware of.

And this made me both swell with pride as well as quake in terror:

Your handling of the 19th century voice is really adept, and you have a knack of setting a scene in just a few short lines.

Because is there anything more terrifying than being told you’re doing something right?  And all you’ve written in that voice is two short journal extracts which need to expand to at least 6 more journal entries? Aiee!

There are a few more items in they mention but to prevent all the world knowing the storyline I’ve mentioned a couple here that I am very keen to work on.  I liked how swiftly Lighthouse came back to me and how I could tell they were enthusiastic about my writing and how their advice made sense.

I know it’s a bit of a random thing to say, but it was logical, down and dirty advice.  Also, they were the first “professional” readers for Grimm and the mere fact that my writing did not burn their eyes and scar them for life, is a huge relief.

I really wanted to wait longer to start my edits, but honestly, I think I’m ready.  And there is a lot of advice that has to be measured out, sifted and considered.  But mostly, I know what happens in Grimm and although there will be some big changes, I’m really confident that I can pull this off.

I have to look at how the next few months pan out and set myself a deadline so that I can revise it at least twice (if not more) and get a few beta readers to go over it before I start setting up a hit-list for agents.  Wish me ze luck!  I will need it!

5 thoughts on “Editing and advice”