Overly dramatic title, for something that is not at all dramatic to the world, but definitely to me.

I’ve been missing a certain moleskine for around five months now.  I’ve been unable to find it anywhere – I’ve ransacked shelves, looked in our footstool, under the couches, under the beds, behind radiators, among the dvd’s.  I’ve checked – literally – everywhere.  Then, yesterday morning I needed a soft shoulder bag for a book I’m currently reading (The Discovery of Witches by Deborah Harkness = AMAZING so far!) so that I can read it whilst on commute.  To be clear – the book is BIG so it requires its own bag.  Hence the soft bookbag.

And lo, there was said moleskine.  Hanging up under the stairs, inside one of my soft bags I use to carry books and things around.  My utterly gorgeous ltd edition Woodstock moleskine in which I had written story ideas, interviews, notes from various talks and randomly generated thoughts on various things.  I even have chapter one of a future bit of writing in there.  This wave of relief washed over me when I found it and I actually hugged it.  Reader, I HUGGED my notebook.  And then, at tea time I quickly took it out to flick through it and wow, there is a lot of good stuff in there.  And when I say good stuff, I mean the notes from talks, quotes and such which I have completely forgotten about.

Then, last night it was my SCBWI crit group with fellow writers, Sue Hyams, Mo Oakley and Paolo Romeo.  They were chatting about something Marcus Sedgwick said at the SCBWI conference just gone, about allowing yourself creative space and writing your ideas down, and writing it down big, on big sheets of paper, using it to plot your novel.  I knew what they were talking about as my friend Sarah Bryars does exactly the same sort of thing, making extensive use of flow charts and index cards. 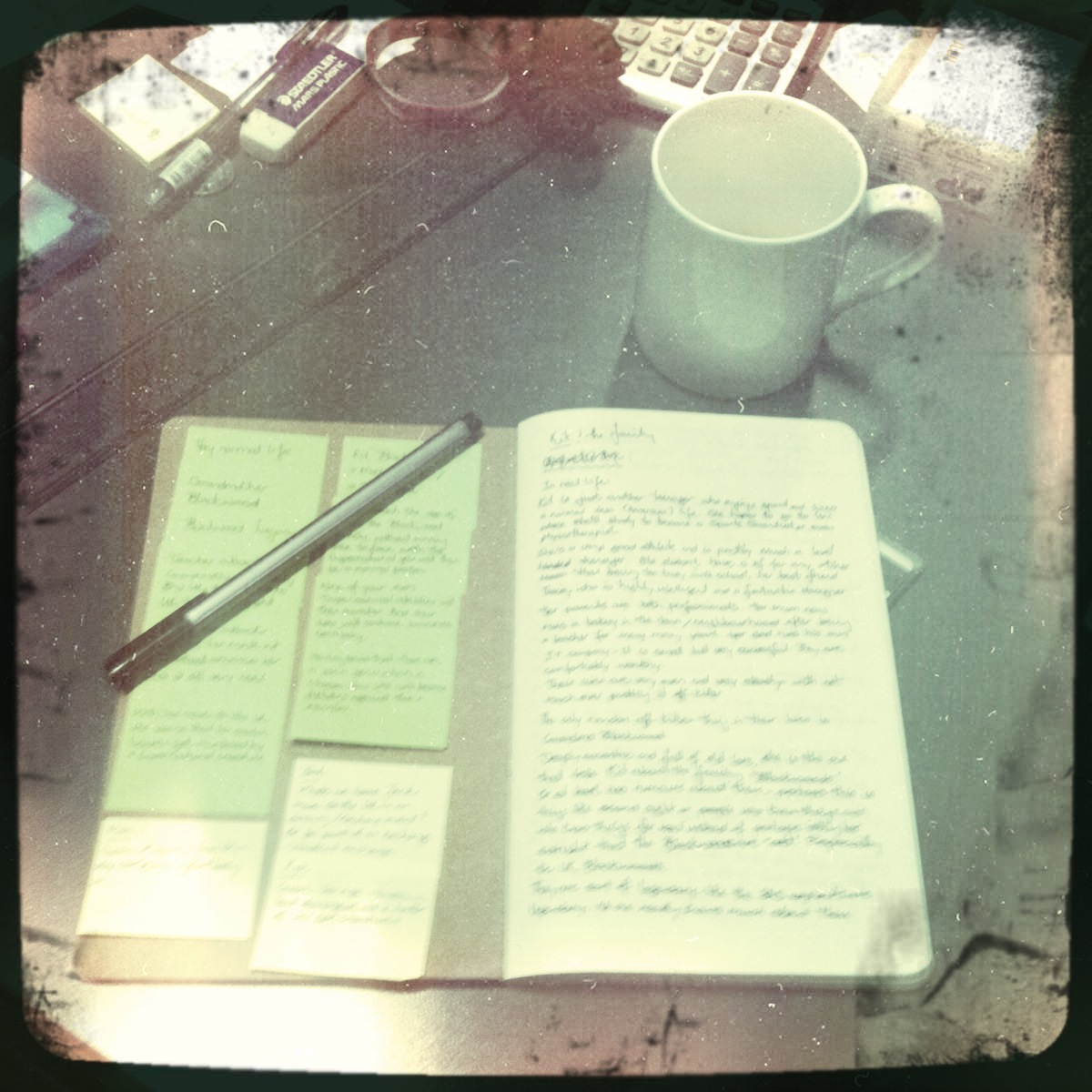 But fear seized my heart.  What!? I shouted.  I can’t write big.  I can’t use big sheets of paper.  I start out writing moderately large but then I revert to writing tiny and being neat.  I am doomed to be a failure.  I know this as Sarah’s tried to make me follow the way she does things and initially I start off being all brazen but then my handwriting just dwindles and it becomes teeny tiny so that only ants can read it.  Then, I showed the three of them my two notebooks I had with me last night and they were amazed by the neatness.

I’m slightly amazed too.  I’m not a very tidy person in general.  Clean but untidy.  I thrive in chaos.  But I find that with my notebooks I have to be precise.  Things have to be just so.  I can also only write with a certain pen type.  It freaks me out if I can’t use that one particular pen when I settle down to write.  With that Staedtler and that moleskine, I feel settled and can write anywhere – coffee shops, train, plane, but sadly not automobile, even at the office.

Being tidy in my notebooks, helps me order my mind. Which is why apart from the Woodstock moleskine which is my main random jottings idea moleskine, each notebook gets its own story, once I feel that story has legs (as Mike Carey says) and only then does the main story idea gets transposed and that notebook becomes that story’s bible.  I create my characters in there, I have recently put pictures in my WIP notebook of what some of my characters look like, the plot-points and worldbuilding all lives in that notebook. 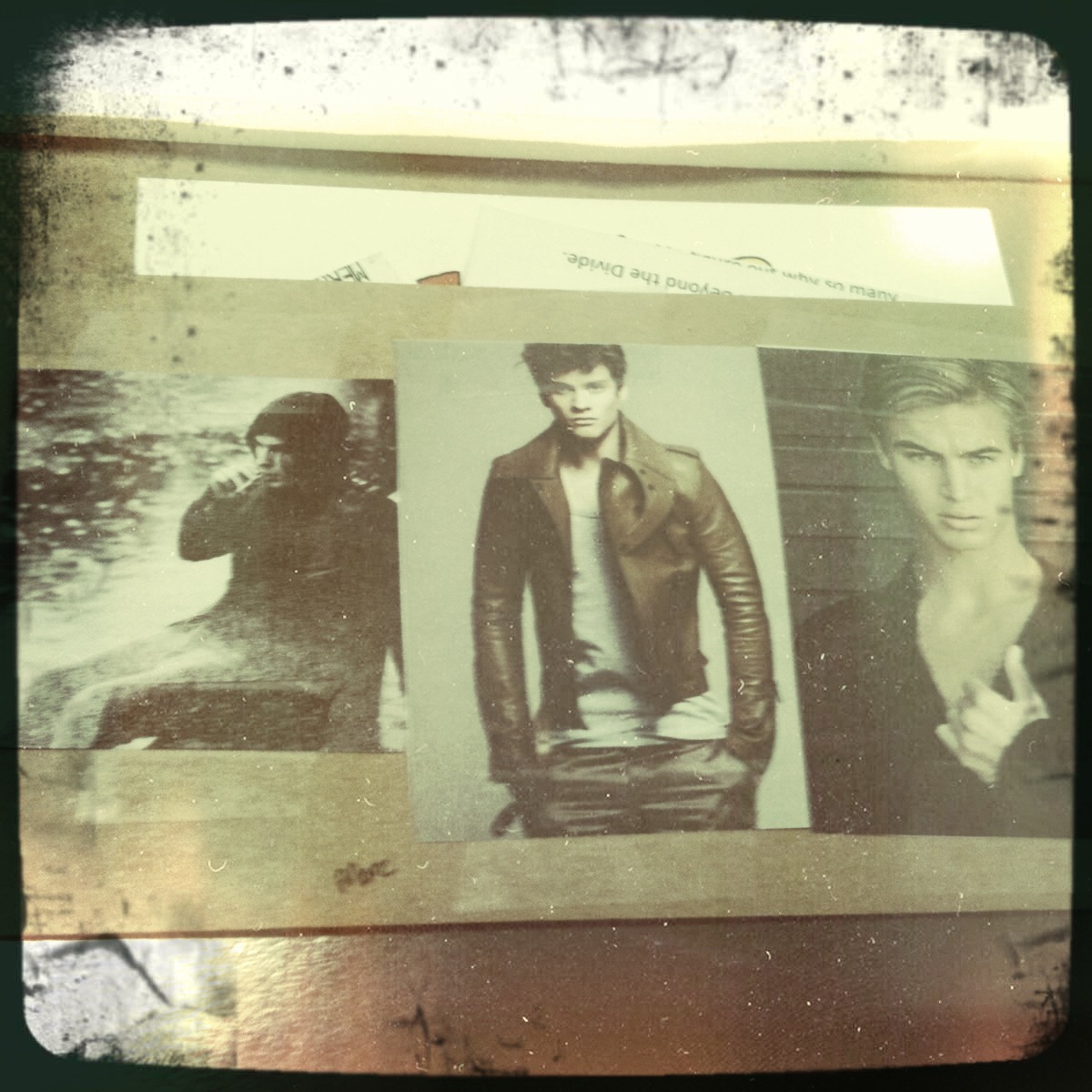 And that notebook lives in my bag and progressively starts looking quite grim from being taken out, added to, crossed out, re-read and mused upon over a drink in a coffee shop, but I don’t care.  If that notebook requires a second notebook, it gets labelled as such and both notebooks are carried in my bag, held together with a red elastic band.

I’m sure this has revealed me as some kind of weirdo.  I don’t really mind.  It helps me keep order in my otherwise chaotic life and it works for me.  So finding that lost moleskine, you can now appreciate the pure geeky joy of being reunited with it.  I loved the chapter I wrote for my “Andy” story and can quite easily type it up as the actual first chapter.  But importantly, re-reading my notes on various talks I’ve attended has reminded me how much I’ve learned and what I need to fix in what I’m writing at the moment. I am an exceedingly happy little camper.

2 thoughts on “That which is lost…”