Last night Mark and I attended the Forbidden Planet signing of Peter F Hamilton.  I have never read Peter F Hamilton but of course, if you are a genre person, you would know who he is.  His books are well known and he has an amazing fan-base.

Feeling a bit of an imposter I waited till the end of the queue and strolled up with my copy of Mindstar Rising, a book I had been recommended on Twitter. I chatted to him briefly, saying that I used to read sci fi as a younger person (grin) but had stopped since but I am forcing myself into the habit again.

He appreciated this greatly, saying that he hears this so often, where someone had grown up reading sci-fi but then just stopped and then coming back to it later in life.  This made me smile.  I admitted that I’ve not read anything by him but that I will be trying Mindstar Rising as his publicist Chloe remarked how very strong his characterisation was.  And I am sucker for good strong characters.

Afterwards, we adjourned to the pub, to celebrate The Evolutionary Void, his newest novel and I got a chance to chat to him a bit more in an informal way.  And I have to say, I feel so buoyed and positive about writing, creating and knuckling down to get the first draft done on Grimm and it’s all thanks to just spending maybe half an hour all told in Peter’s company.

I’m walking around with a big fat smile on my face today.  Listening to him talking about writing, in this no-nonsense, honest and workaholic terms, just made me realise – yet again – that if you don’t shut up and actually knuckle down and sit your butt in a chair, turning off all distractions (Twitter and email for me) it ain’t never gonna get done.  You can talk about writing, you can sit in coffee shops and brainstorm and that is important, but at the end of the day, it matters what you put in the word-bank.

I am inspired.  I feel ontop of the world.  And it is all thanks to a random meeting of an author whom I have been peripherally aware of for years.  And that also made me think about advice – sometimes it comes from the strangest of places.

This has been a really amazing week book-wise.  See the picture below.  Some utterly amazing books came in to Casa de Jager this week.  And looking at them, all these fantastic books that I want to tear into and read, is also incredibly encouraging and inspirational because one day I want one of my books to be in a pile like this on a reviewers’ desk and I want them to be excited about it. 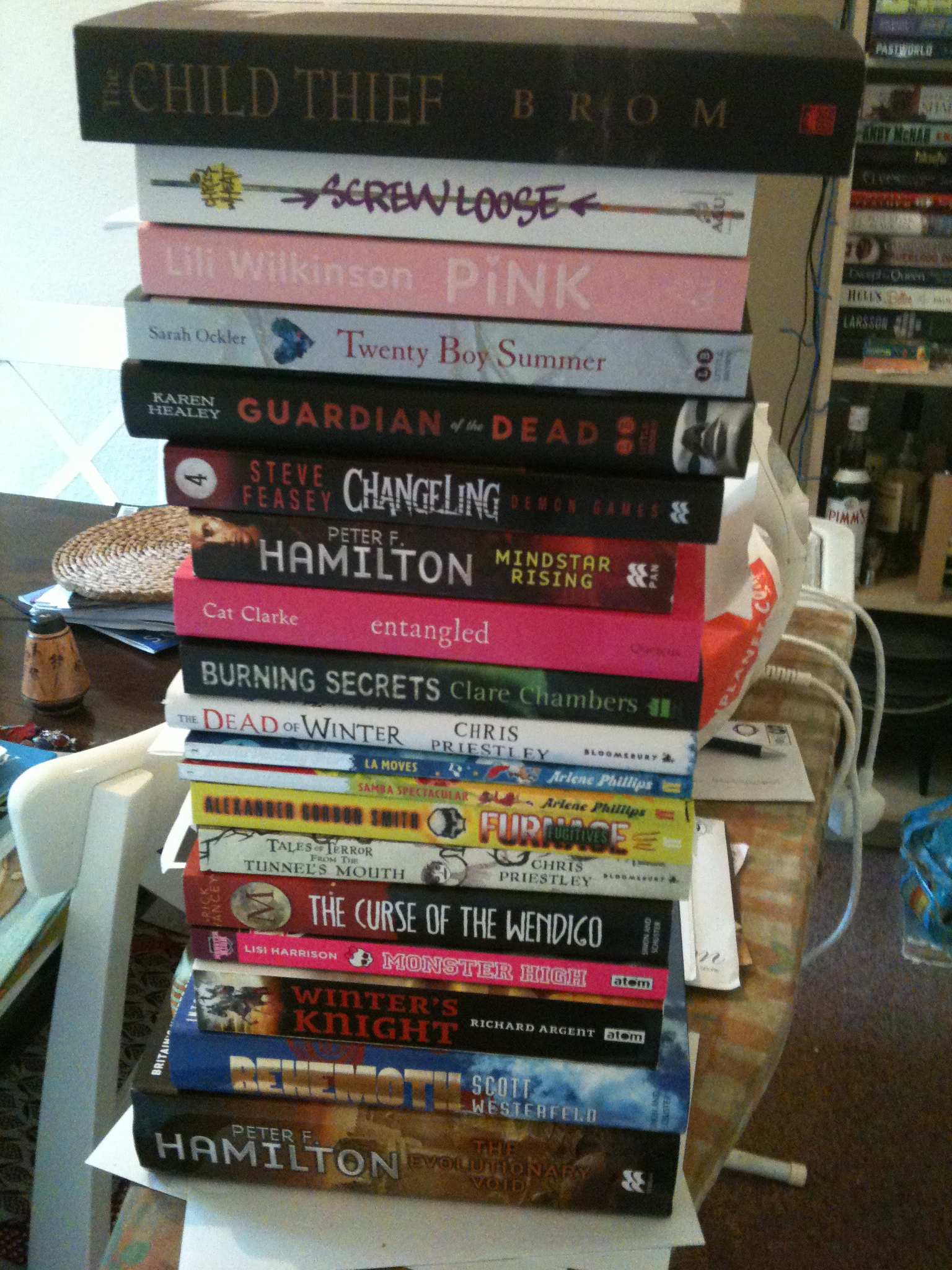